Last I looked, I had close to thirty thousand snapshots stored in the cloud. Thousands more in photo boxes and drawers. Two dozen hanging on our walls. Ever since I first developed black and white prints in a college darkroom—decades ago—I’ve had a camera at the ready.

For years I lugged my old Contax 139 everywhere, determined to chronicle story and beauty, one roll of  ISO 200 film after another.

With the onset of digital photography, I reveled in compact point-and-shoot cameras. Resolution suffered in that fledgling technology, but I still caught delicious slices of life that my fickle memory would have rewritten or forgotten entirely.

I also captured memories for our children—photos that I hoped would be gifts to them when they were grown, recollections of our wonderful times together, images that I was certain would, when dark days came, prove that they had once dwelt in joy and could tap that reserve when they needed a boost. Pics that would remind them that they were talented or smart or lovely or funny—and cherished regardless.

Never mind the anxious or lonely or selfish days, or the days when my mothering was fraught with fears or fatigue or impatience. Or days when none of us were the least bit pretty or capable or kind. I could revise our history by what I chose to photograph, then hang on to those sweet images as if the pictures themselves were bulwarks against pain and loss and ugliness.

Which, of course, they aren’t.

When a bereft friend studied a picture of her estranged child’s upturned face, she howled with grief. A relative with a terminal illness saw a favorite photo of a sunlit beach and was overcome with longing for the world he’s leaving. For a brother in depression’s throes, the aching beauty of a sunrise translated to sadness at the scene’s inaccessibility and left him even emptier.

What’s more, my children viewed photos of a memory I loved and had saved for them  with vastly different, even negative, perspectives.

Plain and simple: no photo, no matter how we pose or crop or frame or edit, has the power to define us, protect us, convince others to love us, give us lasting hope and joy, or change truth.

When we change our lenses and see God as an active participant in our pics, every scene transforms.

“Cheryl. Hurry. She’s leaving us.” That early morning call sent me racing to my grandmother’s room at the care facility in town, her home since a stroke had left her wheel-chair bound a year earlier.

I arrived to find my beloved Gram laboring to breathe, her eyes looking past me in wonder.

“Grammie?” I leaned close and kissed her.

She shifted her head and made a sound.

I sat beside her and stroked her forehead—as she had mine while she sang me to sleep  when I was a child.

I spoke love to her.

Thirty minutes later she was gone.

A picture of death, even a peaceful one, is ugly. For years I didn’t want to look at it.

But over time I’ve learned to trace that mental image with gratitude. Not for sinister death, that destroyed her body and took her from us. But gratitude to God, who was in that picture, transcending everything death does. Our deeply personal God, who knew Gram’s story from beginning to end, was holding her. The Jesus she loved and who loved her was carrying her into joy.

Today when I look at any photo, I search for how God’s involved. I imagine his laugh when a setter rollicks in snow, his delight and design when swallows fledge. In pics of crows facing into the wind, he’s upholding them, confirming his artistry and his control of creation. And in pictures that hurt, he reaches for me and carries me one day closer to when he’ll make all things new.

Pull up your pics. Can you see him? 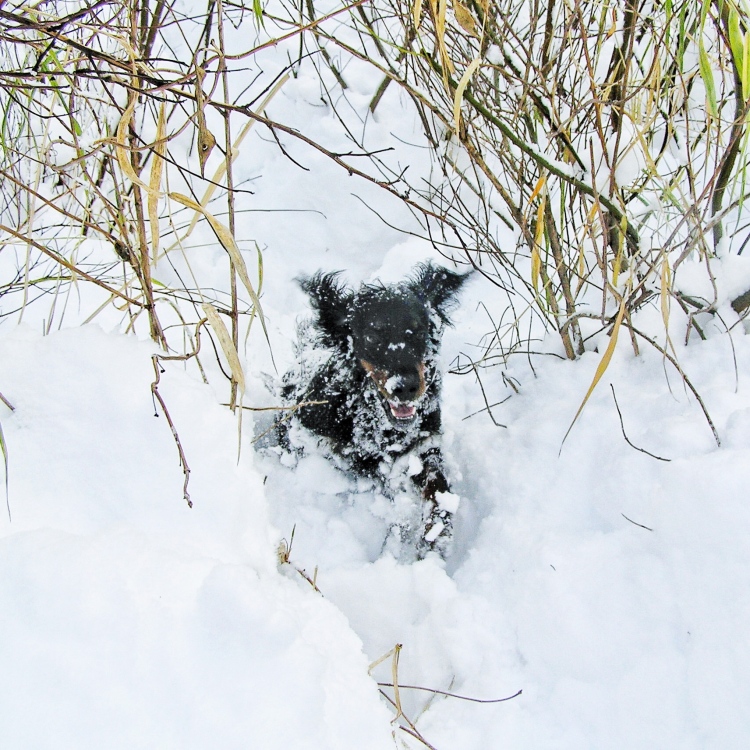 28 thoughts on “All Those Snapshots”