Dinnertime: I thought our dogs were eating kibble in the garage when the ruckus erupted. Instead, frantic Mamba pawed at the chain-link. Rose, whining, pressed her nose low against the wire.

Both wanted the papery scrap slowly crossing the concrete between their cages.

A tiger swallowtail, its new wings still damp, was headed straight for Rose.

Regardless of how the insect’s chrysalis wound up in our garage, the butterfly that emerged from that shell needed prompt relocation. I offered a finger, and he crawled aboard. I set him on a table outside to study him.

I could have cried. 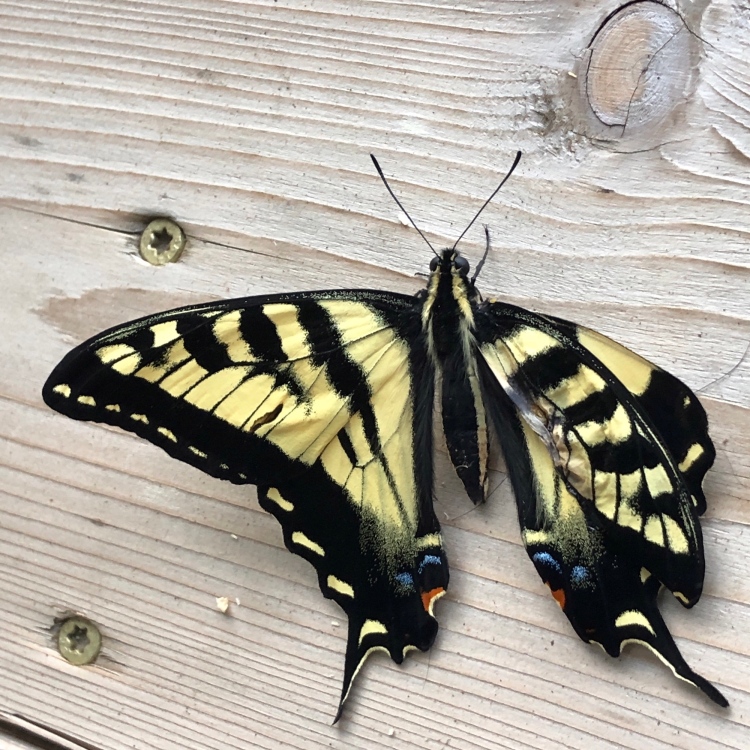 While one wing stretched and flattened as he fanned it, the other stayed folded, adhesed by an injury from sometime during his pupation or birthing. No matter how he fluttered or flapped, the wing refused to open. He flopped sideways, off-balance. 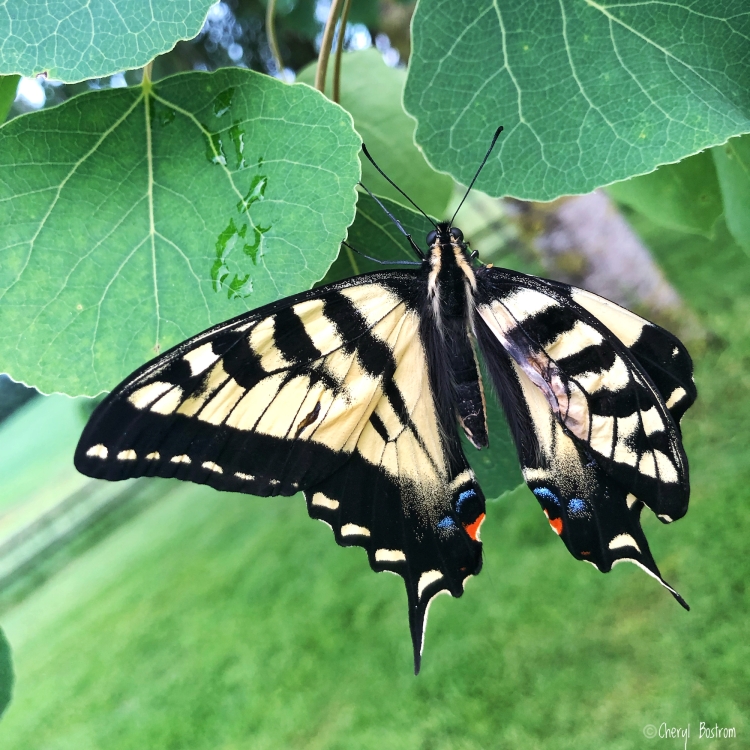 I lifted him to an aspen branch and waited for fresh air to open his crumpled sail. He gripped a leaf and flicked his eyebrow antennae. His proboscis, looped like a lasso, awaited his first meal.

But he still couldn’t travel.

So I moved him to an allium plant, where he settled onto a bloom. His good wing had opened fully by now, but to no avail. He was too damaged to fly, too injured to save himself. After the thrill of his astounding metamorphosis, this exquisite creature was now doomed to be a feathered predator’s meal. In a matter of hours, he’d be dead. 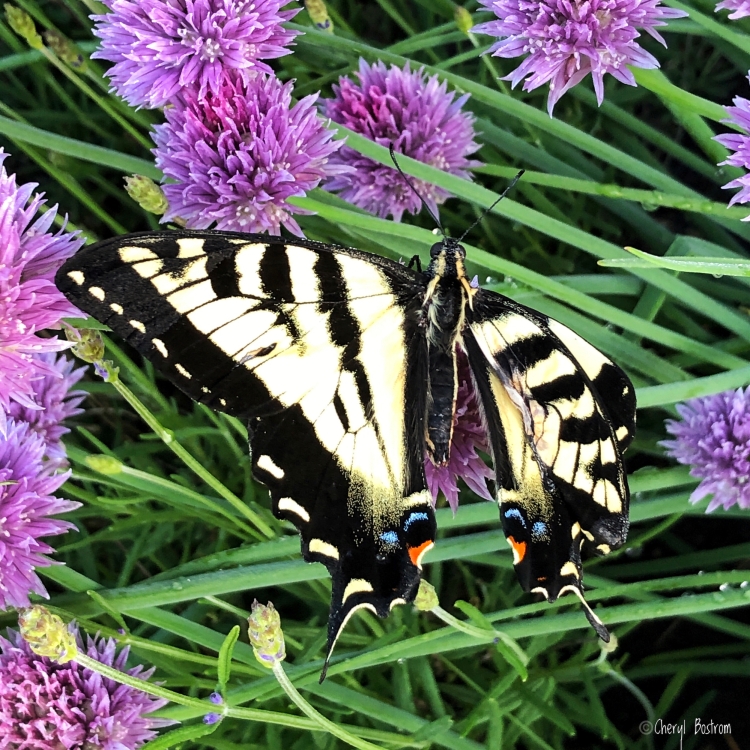 And there wasn’t a thing I could do to heal him.

Over a butterfly? Seriously, Cheryl. Why?

Well, he reminded me of you. And me. Of everyone alive.
Of everyone ever born since time began.

Catch-your-breath wondrous, each one of us. And broken beyond human repair.

And so he fanned his wings there on the chive blossom, as sin’s collateral damage.

“To see a World in a Grain of Sand
And a Heaven in a Wild Flower
Hold Infinity in the palm of your hand
And Eternity in an hour.”  —William Blake
.

“God himself will be with them; he will wipe away every tear from their eyes, and death shall be no more, neither shall there be mourning nor crying nor pain any more, for the former things have passed away.” And he who sat upon the throne said, “Behold I make all things new.” —Revelation 21: 3-5