They believe a car struck him—back in 2008. He was rescued and rehabbed, but lost use of a wing, so this elderly American kestrel now lives at Washington State University’s Raptor Club. 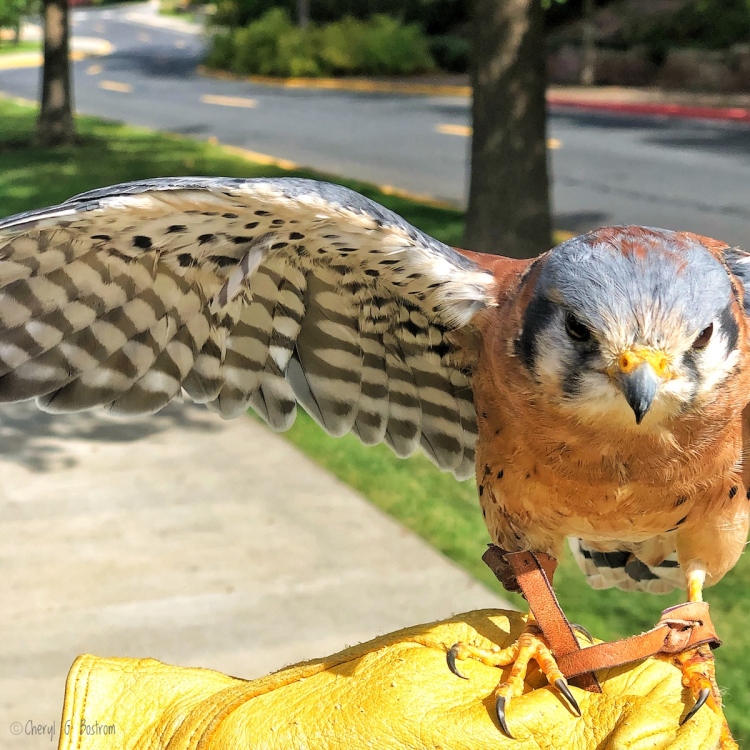 Note his speckled breast and steel grey back feathers—distinctive to the male kestrel. 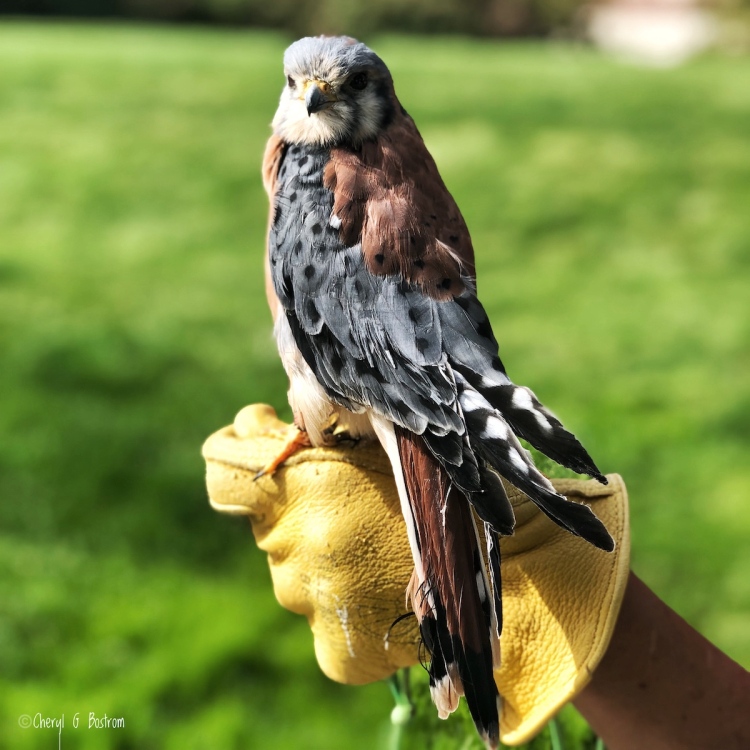 And then there’s his tomial tooth—a.k.a. “falcon tooth”—a wedge and notch combo on his upper and lower beaks that functions like tin snips on the spine of his next mouse meal.

So perfectly equipped. I wonder if he remembers.

“And God is able to bless you abundantly, so that in all things at all times, having all that you need, you will abound in every good work.”